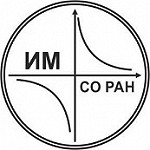 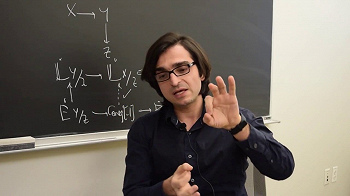 Abstract: We study moduli space of holomorphic triples f: E_{1}—>E_{2}, composed of (possibly rank > 1) torsion-free sheaves (E_{1},
E_{2}) and a holomorphic map between them, over a smooth complex projective surface S. The triples are equipped with Schmitt stability condition. We prove that when Schmitt stability parameter becomes sufficiently large, the moduli space of triples benefits from having a perfect relative and absolute obstruction theory in some cases (depending on rank of holomorphic torsion-free sheaf E_{1}). We further generalize our construction to higher-length flags of higher rank sheaves by gluing triple moduli spaces, and extend the earlier work, with Gholampur and Yau, where the obstruction theory of nested Hilbert schemes over the surface was studied. Here we extend the earlier results to the moduli space of flags E_{1}——>E_{2}—> ...——>E_{n}, where the maps are injective (by stability). There is a
connection, by wallcrossing, between the theory of such higher rank flags, and the theory of Higgs pairs on the surface, which provides
the means to relate the flag invariants to the local DT invariants of threefold given by a line bundle over the surface, X :=Tot(L —> S).

Abstract: We discuss Donaldson-Thomas (DT) invariants of torsion sheaves with 2 dimensional support on a smooth projective surface in an ambient non-compact Calabi Yau fourfold given by the total space of a rank 2 bundle on the surface. We prove that in certain cases, when the rank 2 bundle is chosen appropriately, the universal truncated Atiyah class of these codimension 2 sheaves reduces to one, defined over the moduli space of such sheaves realized as torsion codimension 1 sheaves in a noncompact divisor (threefold) embedded in the ambient fourfold. Such reduction property of universal Atiyah class enables us to relate our fourfold DT theory to a reduced DT theory of a threefold and subsequently then to the moduli spaces of sheaves on the base surface. We finally make predictions about modularity of such fourfold invariants when the base surface is an elliptic K3. 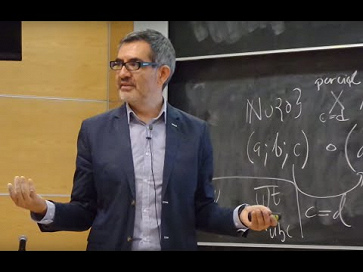 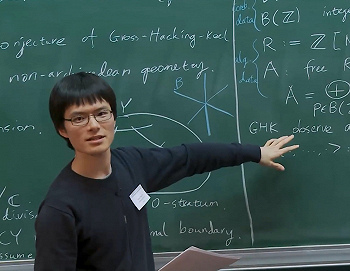 Abstract: I will explain the Frobenius structure conjecture of Gross-Hacking-Keel in mirror symmetry, and an application towards the moduli space of Calabi-Yau pairs. I will show that the naive counts of rational curves in an affine log Calabi-Yau variety U, containing an open algebraic torus, determine in a simple way, a mirror family of log Calabi-Yau varieties, as the spectrum of a commutative associative algebra equipped with a multilinear form. The structure constants of the algebra are constructed via counting non-archimedean analytic disks in the analytification of U. Furthermore, I will introduce a generalization of the Gelfand-Kapranov-Zelevinsky secondary fan, and show that the mirror family admits a natural compactification and extension over the toric variety associated to the secondary fan, which generalizes the families previously studied by Kapranov-Sturmfels-Zelevinsky and Alexeev in the toric case. We conjecture that this gives rise to a (nearly uni) versal family of polarized Calabi-Yau pairs (embedded in the moduli space of KSBA stable pairs), and has a surprising consequence that such moduli space is unirational. We prove the stability in dimension two. This is based on arXiv:1908.09861 joint with S. Keel, and arXiv:2008.02299 joint with Hacking and Keel.